In the Tudor 16th century the newly enhanced Doncaster corporation developed a wide range of functions with a weekly civil court on Thursdays as a ‘Court of Record’ (after 1604 with a barrister recorder to keep formal minutes) and a criminal court with its own JP’s, sergeants of mace, and ward constable. The Mayor was a coroner and a JP. A Court of Civil Pleas met weekly alongside the JP’s magistrate’s court, but petty offences could be dealt with at ‘Petty Sessions’ by the town recorder without a jury. The post of ‘recorder’ ensured a permanent legal chief executive alongside the elected Mayor and independant of local gentry interests to record events and enact decisions end-on.

In 1611 it was renting out 63 market stalls including 25 butchers; 18 shoe makers, 16 wool and linen drapers, and 6 fishmongers. By now the market had an open sided sheltered ‘Butter Cross’ for country folks to sell their eggs, butter, vegetables, cheese, milk and fruits on market days – a similar, if later (1777), cross remains at Tickhill. Given agricultural changes there was a summer months wool market whereby wool from South Yorkshire, North Nottinghamshire, and the Lincolnshire Wolds was sold to buyers from the south with up to 6 tons of wool (600 fleeces) being traded in a week. Some of the wool was knitted into stockings by 120 hand knitters in the town, as a household industry to support family incomes, whilst glove makers were utilising the tannery leather with its noxious odours.

By the 15th century the Freemen had been organised into ‘companies’ (guilds) with their own trading rules. Some guilds still performed annual Corpus Christi pageant ‘mystery plays’ similar to those whose texts survive at York, Wakefield, and Chester. Tudor guilds in Doncaster of up to 12 members included shoemakers; glovers and skinners (tanners); shearmen; weavers; fulling walkers (wool trade); butchers; ‘white’ and ‘black’ smiths; joiners and carpenters; and coopers (barrels). By 1729 the guild tradition remained in only 4 trades: marchants; grocers and haberdashers; tailors and drapers; and blacksmiths. All trading was restricted to freemen except on market days, or on Christmas Eve when locals could offer meat or poultry for sale.

To become a borough freeman was an important social climbing role with a range of benefits and rights to set up as a tradesman, vote at elections of councillors, be eligible for election as a councillor, avoid market or river tolls, vote at parliamentary elections, have sons educated at the new grammar school if desired, and graze cattle on Crimpsall Meed and Low Pasture until the 1880’s.

Freemen controlled the borough in the interest of their trading occupations. Freeman status was almost automatic if you were a tradesman or after a seven year apprenticeship to a tradesman, but it could also be purchased and after 1700 ‘gifted’ ( by scroll in a silver gilt box in a wooden casket) by the corporation to folk of potential influence or stature. Women were rarely freemen and in the late 17th century Roman Catholics and anti Royalists (not that Doncaster had many of either) were prohibited. There was such a demographic though, as a Catholic gentry family lived at Burghwallis called the Ann(e)’s. DMBC still creates freemen today every six years from public nominations culminating with a Freeman Award Ceremony in the Mansion House with the Town Mayor, in robes, and sergeants of mace present. Recipients recieve their scroll in a casket – sadly, they no longer have grazing or voting rights!

By the late 17th century, Doncaster had capitalised on the Great North Road with its collosal increase of travellers. This, added to the Union of Crowns in 1603, meant a revived London to Edinburgh communication. Post 1700 the coaching era brought new passing trade to Newark, Tuxford, Retford, Bawtry (ultimately replacing Blyth), and Doncaster. A Government survey in 1686 identified Doncaster as having guest beds in inns and hostelries for 206; livery stabling for 453 horses; 90 licensed brewsters; and 100 common alehouses. Many of the latter were simply one room in a house where home-brew was served.

breweries on larger estates and at monastic institutions such as Roche Abbey.

Water issues had been part of Doncaster life since Danum days – for Roman bathhouse ablutions; for manorial livestock and domestic needs; for water powered corn mills, essential for creating daily bread; and for navigation on the rivers Don and Idle. Water came from the Don, the Torne, or the Cheswold, or from springs or shallow wells in each village. River water was often polluted by raw sewage and unsafe to drink, hence, it was replaced in the diet by ewes or cows milk or brewed home ales, as a daily staple for all ages.

It was not until 1694 that the borough contemplated a public water supply through a scheme suggested by one George Sorocold*. Sorocold had become something of a regional expert on water systems using engines (water wheels) and aqueducts. His suggestion involved extracting water from the river Don next to the corn mills, so that it could be transported in lead pipes to a cistern in Hallgate. Gravity would then feed it down hill to the town’s houses. John Yarnold turned the concept into a reality in 1697 with a long lease to supply the town’s water. It was to be extracted from the river Cheswold at Friars Bridge – a first functional piped supply to freemans homes or to troughs for washing, and the domestic needs of the lower classes, in an age before Thomas Crapper’s water closet. The Cheswold water wheel was still in use in 1830.

The 1690’s also brought schemes to improve navigability on the Don to create a ‘barge’ movement of fleeces and wool, corn. hams, Chesshire cheeses, Derbyshire lead ingots and millstones. Despite opposition from corn mill water ‘leat’ owners, landowners fearing flooding of meadows, and a worry for some that Doncaster might no longer be the head of navigation. It was ultimately decided to make the river navigable upstream and improve navigation downstream.

In the 1720’s the corporation, in collusion with the Cutlers Company of Sheffield (1624), commissioned a riber survey from William Palmer of York. In due course, Parliamentary approval was obtained for a Sheffield scheme from Tinsley to Homestile in Doncaster, and a corporation scheme from Homestile to Barnby Dun. As a result, the Don was widened, deepened, and straightened to allow passage of 20 ton vessels. By 1830 the corporation was receiving a 10th of its annual income from its shares in ‘Dun’ navigation – a 50 share scheme with 10 taken by the borough and the rest by 36 freemen and councillors as private individuals. The first, fixed mast, seagoing vessel reached Doncaster in 1848. 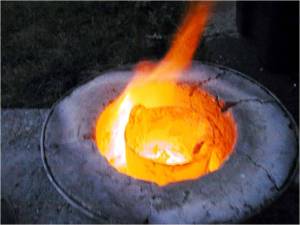 Henry VIII’s 1530-1540’s Church reformation had a major effect on the townscape. Until the 1530’s, Doncaster had a typical mediaeval spectrum of religious institutions: the parish church of St. George; a church of St. Mary Magdalene in the Market Place; a Friary outside the town dyke; a ‘leper’ hospital and chapel at St. James’; a church charity hospice; a Carmelite Priory in extensive grounds off the High Street; and private chantry chapels within the churches. In North Nottinghamshire there were priories at Blyth and Worksop, a small Gilbertine nunnery at Mattersey, and a major monastic centre at Roche Abbey – all of which you can visit to this day.

Lord Cromwell and the King’s new Court of Augmentation, brought ruthless dissolution and an abrupt end to most of the above. Otherwise the buildings and land were confiscated by the Crown and sold to accrue revenues for local gentry and even some wealthy freeholders. A high percentage of the sale proceeds went on Henry VIII’s less than successful French Wars. The dissolution sparked a major rebellion of Catholic northern Earls and supporters, hence the Pilgrimage of grace in 1536. Robert Aske rallied Yorkshire support in the East Riding for a rising first initiated in Lincolnshire. He set up a HQ in Pontefract, then moved his large army of like-minded souls to the north bank of the Don at Scawsby Lees. He took up personal residence in the Marshgate Friary. On behalf of the King, the Duke of Norfolk hurried north and camped 5,000 troops in Doncaster and Wheatley and set up ‘office’ in the Carmelite Priory in the High Street. With the Royalists controlling the bridge, and the Don in flood, no battle took place. Having negotiated Royal promises and a pardon, the rebels dispersed only for Aske and his key supporters to be arrested and executed in York.

Five years later, in 1541, Henry VIII progressed to York via Doncaster to receive due homage from his previously rebellious subjects in the north. By this stage the Crown had taken over the Carmelite buildings (worth £10 in annual rents) plus its 11½ lbs of silver plate; the Greyfriars house in Marshgate with its 46 tons of roof lead, four bells, 31 lbs of silver, together with its 6½ acre site containing four fish ponds; St. Mary Magdalene chantry chapel in the Market place which had acted as a plague house refuge; and 220 acres of other church lands, 47 properties, 5 barns and 2 inns – and that was only in Doncaster!

In 1557, Alderman Symkinson purchased St. Mary’s chapel from the Crown for use by the Corporation as a court house and grammar school, although council meetings continued to be held in the ‘Moot Hall’ next to St. George’s church, until 1600.The town had lost the Friar’s ability to provide social support for the poor, but Thomas Ellis provided a new plague lodge (hospital) just outside the town and six almshouses in St. Sepulchre Gate plus 71 acres of land and various properties to provide a rent income. The almshouses were rebuilt in 1737 and moved to a site on Goodison Boulevard in the 1960’s. Clearly, such benefaction implied a relatively prosperous core of rich freemen and local landowners even if the majority of the population were less than well off. 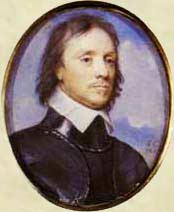 of the new Church of England and its puritan reformers with suspicion. In 1612, a survey of 72 parish priests in the Doncaster Deanery identified only five radical puritan clerics. In the English Civil War of the 1640’s Doncaster billetted both Royalist and Parliamentarian troops. Thus, in sequence: Charles I was recruiting in town in 1641; Cromwellian infantry under General Fairfax; the Earl of Newcastle’s royalist supporters; the Earl of Manchester accepting Tickhill Castle’s surrender to Parliamentarians; and then Charles I again briefly in 1641.

From May 1641 to April 1645 some 12,000 soldiers and cavalry were billeted, or camped in, or around the town with inevitably tense problems of theft and disease. Fortunately 100 years were to pass before the next military ‘occupation’ by a Hanoverian army when 6,000 English soldiers and German mercenaries camped on Wheatley Hills on passage north to counteract the 1745 Jacobite rebellion and it’s Stuart ‘Young Pretender’, Roman Catholic, French supported leader.

Roman Catholics were not to have civil rights in England until the 1830’s although Protestant, non-conformist meeting houses (chapels) became legal in the 1689 Toleration Act and developed in Doncaster during the 18th and 19th centuries.To the south, in Scrooby, Babworth, Austerfield, and Gainsborough a more radical Protestantism had manifested in the 17th century and given rise to the Pilgrim Fathers.

* George Sorocold was the engineer that designed the pump for the grand water feature at Sprotbrough Hall.